Right to the Source 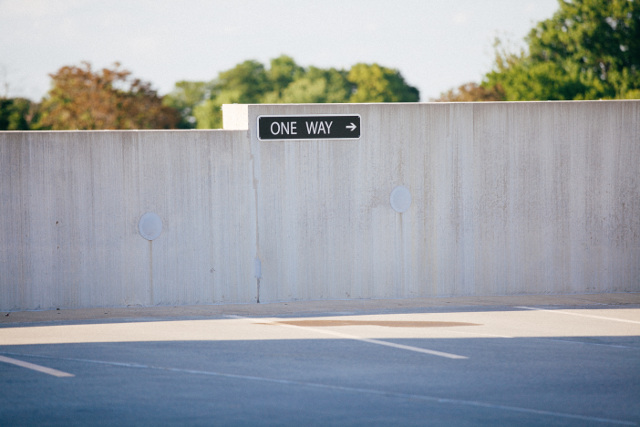 I was waiting for a bus home the other evening on a busy dual carriageway. I was the only pedestrian around for miles it seemed (Cypriots aren’t much for walking). The sun, also on its last stretch, kind of put the dampers on all the cars zipping by. Funny, that rush hour brought back holiday memories of being by the sea! Palm trees lined the centre of the road like a long seafront promenade, and a set of lights further up caused regular pauses in the traffic, creating an ebb and flow like waves on a tide. Even the cool of the evening stood in for a sea breeze at the end of another sun-drenched day, now that the summer is in full swing over here. As I contently waited I watched the sun slide behind just enough cloud on the horizon to make the light interesting. Photographers have a name for that time of day—‘magic hour’, and I can’t think of a better one.

If I could spend more time extending those moments then I would but, for one, that would require a frame of mind that escapes me right now. In this post I want to continue to draw upon some of the things I’ve discussed previously and talk here about abstraction—all the ‘isms’, theories and arguments you hear from ‘dangerous’ intellectuals all the way down to the prime-time brigade. Lately, I’ve been watching interviews and lectures to learn more about the ideas of a couple of names that pop out to me for their political inclinations—right now they happen to be Slavoj Žižek and Yanis Varoufakis. There are various reasons for taking such an interest and, personally, I’m always on the lookout for fresh food for thought. But after soaking it all in I felt that the ideals on offer were, in part, going wasted. One of Springsteen’s lines goes, ‘We learned more from a three minute record than we ever learned in school’. I think there’s far more to say for that than most intellectuals would care to acknowledge.

If you’re interested in anything that calls for analytical rigour then most people will have you down as an analytical type of person—a thinker as opposed to a doer. Perhaps this is due to how such matters require specificity. Complex ideas (particularly when you go beyond the sciences) tend to be very abstract. The more challenging the subject matter is the more likely the ideas are to reside in the recesses of the mind rather than anything concrete. On the other hand, when you’re passionate enough to take action on something it’s usually for reasons most people can naturally relate to. The contributions of the likes of Žižek and Varoufakis certainly are invaluable to their followers, not least because they are few and far between. But what I want to bring to attention is how a predominantly rational methodology can be immobilizing, morally speaking.

As a personal blogger I can only touch upon this topic here but I do so, as ever, in the hope that it sparks a little interest. And if anything can prick up the ears it’s the word ‘Brexit’; (the current atrocities further afield are apparently getting less coverage). I wouldn’t want to make a political comment (although I hope this isn’t another step towards an inevitable nightmare in Europe). Rather, as a life-long British national I always find it interesting how the media treats the younger voters during the bigger domestic political debates in Britain. By chance, on an English-speaking news channel over here, I once again watched the news crews set up camp in a British school and put their microphones to the shiniest students to champion their political views. Avid viewers enjoy watching the young ones get on board, but when you put a well-meaning kid under national scrutiny I see the same unease I felt about the whole political sphere at that age. My question is, how did all the upstanding citizens grow out of that and come to play the game so well? No doubt the most common answer would be ‘maturity’. Well, I’d buy that if it came without the pat on the back…

Correct me if I’m wrong but the Establishment isn’t overly concerned with that thing called a conscience. Perhaps there is some semblance of good will in how all the smiley people exchange kudos and come together so fervently on the party line. But I’m pretty sure that the shine wears off in private more often than they let on, and when they have no choice but to confront their demons without any help from their peers, it must be hell. And I say that with genuine sympathy.

So the perennial lack of moral fibre in the everyday is almost self-evident. What I want to drive at is that the problem isn’t just about taking the wrong turn. The way I see it, this moral vacuum was always coming. Whether you stand by a black and white worldview, have a class-leading IQ or you’re the spearhead of the next big idea in society, it won’t be long before morals get sidelined by all the other faculties of the mind. I started out talking about rationality but it’s really about how we abuse the sphere of reasons by taking all the ‘shortcuts’ we like to when things get even a little tough. The proponents of influential policies and such may liken their reasoning to a completed jigsaw puzzle but reasons are more like the stars in a universe full of dark matter and dark forces. Doing the right thing in this set-up just won’t get you many votes when you could tag along with something more sensational that ‘makes more sense’.

So how do we listen to the heart before the head and give this world a soul? Again, don’t get me wrong, I’m sure that the Žižeks out there are doing a fine job; I’m certainly not saying that we ought to dispense with rationality altogether. My point is that the current framework will forever stifle those who wish to act without having a reason for taking each step. I opened this post with a less academic and more emotive intent only to finish here with the following thought. Reasoning may be morally divisive in the wrong hands, but reasons can be put to work for moral ends just as powerfully. My answer as to why this hasn’t happened would take us into that inner well of motivational forces that ultimately call all the shots. That’s where we need to go if we’re to better engage with political, economic or other intellectual affairs. Reasoning might be the quickest way to get there, but once you’re in deep enough the only roadmap is your conscience.